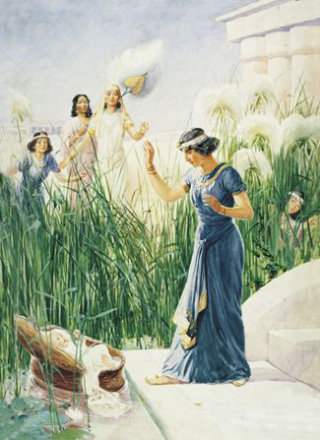 A person who was brought to the USA as a child may not know that he or she is already a citizen. Often, children do not worry about their immigration status and continue to renew their green cards up until the time they need to travel overseas or there is some sort of legal issue. At times, children born outside the US are considered to be US citizens at birth. Here, we will go over the requirements for automatic citizenship for children.

The US automatic citizenship law has changed several times, the most recent change was brought by the Child Citizenship Act. If the following conditions are met on or after February 27, 2001, a child would be considered a US citizen and may apply either for a US citizen passport or certificate of citizenship or both.

This simple at the first glance rule, may actually become very complicated in the modern world: 1. When a child is born through assisted reproductive technology (ART) and 2. When the USCIS challenges that the child was residing in physical and legal custody of the U.S. parent. For case law related to the custody, requirement read our blog.

(1)The child’s parent(s) meet one of the following conditions:​

(2)The child is under 18 years of age when his or her parent(s) naturalize; and

Legal custody of the child is often presumed absent separation or divorce. If a child’s parents are separated, then USCIS will engage in factual analysis to determine if a child’s parent had legal custody over the child. A child of divorced or legally separated parents where a court of law or other appropriate government entity has awarded primary care, control and maintenance of the child to a parent under the laws of the state or country of residence will be considered residing in the legal custody of that parent.

A Child Is Born Outside The US Using ART

The US Department of State will consider a child born abroad for automatic citizenship if the child is biologically related to the US citizens parent, and the child’s parent meets the necessary requirements:

Note, if the child was born outside the US to a US citizen parent but this parent actually never resided in the US, such a parent does not automatically transmit US citizenship to a child.

Surrogate Mother and US Citizenship of the Child

Please note that if a surrogate mother is the child’s legal mother under the laws of the place of birth, her consent will be required for obtaining child’s US citizen passport.

If the child is biologically not related to either parent, he/she will not be considered a U.S. citizen at birth, even if legally the U.S. parents will be considered the child’s parents under the local laws.

Children Born Overseas Who Are US Citizens At Birth

In general, a person born outside of the United States may acquire citizenship at birth if:

A. Parents were married at the time of child’s birth

Child Was Born When Parents Were NOT MARRIED

Interestingly, that if a baby or a child under 5 years old is found in the United States, and his/her parents are unknown, until 21 years old will be considered a citizen of the US at birth.

According to the new law P.L. 116-133 passed by the Congress and signed by President Trump, a foreign-born child of a U.S. citizen member of the armed forces or a government employee may automatically acquire U.S. citizenship even if the child is not residing in the United States. The child has to be under 18, with at least one parent to be a US citizen. Under this bill, the requirement of physical residence in the US is fulfilled if a foreign-born child is (1) living in the legal and physical custody of the citizen Armed Services member or government employee who has been stationed abroad (or the accompanying spouse of such a citizen), and (2) lawfully admitted for permanent residence in the United States. Child’s physical presence in the United States is no longer necessary.

If you need a consultation regarding a child’s rights to the US citizenship, please call us at 917-885-2261.