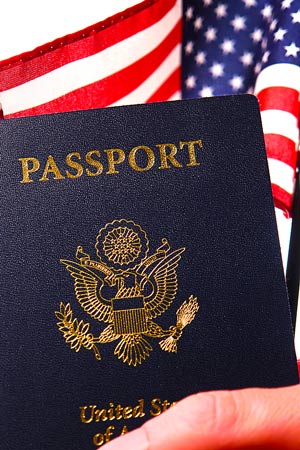 US citizenship is the ultimate goal of any U.S. immigrant. At the law office of Alena Shautsova, our NYC Immigration attorneys will help to make sure your process will go as smooth as possible. Remember, that recently, the regulations started to change rapidly, and at times they change while your application is in process. Such a rapid change requires a creative and timely response, which our NYC naturalization attorney is prepared to provide.

Our U.S. citizenship services include:

Contact our NYC Citizenship lawyers to help you to go through the process and do not leave your Immigration status to a chance!

The third way one can become a US citizen is through a process called naturalization. Naturalization enables a non-US citizen to become a United States citizen. A person must meet certain requirements established by the US law. Among them are age, residence, and physical presence, good moral character, knowledge of the US government and history and English language.

Apart from the US citizenship acquired by birth in the United States and its territories, one can become a US citizen through a naturalization process. The laws of the United States provide an opportunity for US permanent residents to apply for US citizenship under certain conditions. The most important of them are continuance residency requirement and a good moral character of the applicant.

In the past year, Immigration field has seen many changes, and one specific area of the Immigration has been affected the most was naturalization: proceedings necessary for a green card holder or permanent resident to become a US citizen.

To qualify for citizenship in the United States, a person who is a green card holder a US permanent resident has to demonstrate that he/she:

Has been a green card holder for 3 (if the green card was based on a marriage to a US citizen) or 5 years in the United States ( this time is calculated from the date “resident since” printed on one’s green card. Please keep in mind that for certain green card holders the date will be “rolled back” and maybe actually earlier than the date the person’s application for a green card was approved. For example, a person who was granted asylum or a refugee status will be considered a permanent resident from the date of the admission for a refugee or one year earlier for an asylee).

Interestingly enough, a conditional permeant resident, who is otherwise met all the requirements for naturalization may file for it as well, but the naturalization will not be granted unless the condition was removed! See Stuck I 751 Petition.

Also, certain members of the US Armed forces are exempted from being green card holders first! See Expedited Citizenship.

What about travels outside the United States before filing for citizenship?

There are two types of travels outside the United States that are automatically presumed to break the continuity of residence for purposes of naturalization.

In addition, an officer can check the entire travel history and determine if a person with multiple absences of less than 6 months will be able to satisfy the continuous residence and physical presence requirements. The idea is that a person has to establish that the US is really his/her home, dwelling place! Now, a person who does not want to be found to have abandoned his/her green card status in the United States should file a Re-entry permit prior to leaving the United States. See When To Apply For Re-Entry Permit As A Permanent Resident. Even though this is a “hard” requirement, recently, there are cases of adverse findings of residence for those to travel abroad frequently for prolonged periods of time.

What about working abroad before filing for US citizenship?

In certain situations, a person may preserve his/her continuous residence for naturalization purposes even if he/she has to work abroad for a long time. An application has to be filed for it on form N470. In order to qualify, the following criteria must be met according to the USCIS Practice Manual:

In addition, the applicant must have been:

The person’s dependents such as wife or husband, unmarried dependent sons or daughters will also be afforded the same benefits if they were accompanying and resided abroad with the principal. In fact, the approval notice will list the names of all dependents who were also afforded the benefits.

However, even if approved, N470, does not substitute the requirement of physical presence, that still has to be met, unless the person also qualified for its exemption.

Strangely, according to the USCIS practice manual, N470 approval does not mean that the applicant and his family members will not be found to have abandoned their LPR status: if, for example, a person claimed special tax exemptions as a non-resident, the government may still find him/her to have abandoned the US green card status.

N470 is not a substitute for necessary travel documents. A green cardholder has to obtain a Re-entry permit if he/she is expecting to be outside the US for more than a year.

Please note that an applicant for naturalization has to present documents demonstrating that the United States is in fact his/her common dwelling place: such as copies of mortgage, lease, bank statements, utility bills, tax returns, and any other documents establishing that he/she actually resides in the US.

The US law also provides exemptions from continuous and physical presence requirements for employees of certain media organizations abroad. To meet this exception, an applicant for naturalization has to be employed by the US incorporated non-for-profit media organization that distributes information significantly promoting US interests abroad, that is so recognized by the Secretary of Homeland Security and

Interpreters, Translators, or Security-Related Position (Executives or Managers) Employed By Department of State or by US armed Forces

The law likewise provides exemptions for those who are employed by DOS or US military. In order to count time abroad as continuous residence and physical presence in the United States for purposes of naturalization under the “section 1059(e)” provision, the applicant must meet all of the following requirements during such time abroad.

The applicant must be:

The applicant must be employed as:

The applicant must have spent at least a portion of the time abroad working directly with the Chief of Mission or the US armed forces.

Those religious employees (nuns, brothers, ministers) who travel outside the US for temporary missions abroad on behalf of a bona fide organization within the United States, also may treat such time abroad as continuous residence and physical presence in the United States for naturalization purposes.

Green cardholders must have been physically present and residing within the United States for an uninterrupted period of at least 1 year in order to use this benefit.

Military Members and Their Family Members

Depending on the type of military envelopment, military members may be exempted or may qualify for modifications of the physical and continuous presence requirements for naturalization (US citizenship):

Importantly, family members (spouses, children, and parents) of the military personnel may also file for citizenship faster than general requirements and be afforded modifications or exemptions to the continuous and physical presence recruitments. They are also eligible for various immigration benefits. See Immigration Benefits For Military Members And Their Families. The following groups qualify for citizenship without meeting all the physical and continuous presence requirements:

Knowledge of English Language and US History and Government

One of the US citizenship through naturalization requirements is a person’s ability to write, read and understand the English language, as well as know US history and civics (how to the US government works). A person’s language skills will be tested at the interview by the Immigration officer and the test is usually pretty simple. It means that there is no requirement that a person knowns English perfectly. Recently, however, there have been talks about updating the test and making it potentially, a little harder. See the video blog. The good news, that as of the time of writing this article, every applicant for the citizenship, receives a book that helps them to prepare for the test: it has a list of vocabulary that will be tested and questions for Civics.

But what to do, if a person cannot learn English due to a medical condition or trauma? Then, a person, with a medical waiver, may be exempt from both English test and Civic test requirements. See video. Also, USCIS is making it harder to qualify for the medical test exemption. See New Policy Changes For Citizenship English Requirements Waiver. For those who have been living in the US as green card holders for 10 or 15 years: they may qualify for taking the test in their own language even if they do not have medical conditions. See US Citizenship Without English Language Knowledge.

So, this particular requirement may also be waived, depending on the applicant’s medical conditions and age.

And now, we finally reached the most flexible requirement that a person who is applying for US citizenship has to meet: Good Moral Character. The problem is that what is good moral character is not defined by law. It is subject to a broad interpretation, and recently, this is the requirement that has been changing a lot. It started with the prohibition on adjustment for all those who dealt with marijuana in any capacity (even if a person has not been selling it or using it!) See When A State Marijuana-Related Arrest Or Activity Can Become A Citizenship Problem . And recently, USCIS expanded its interpretation of unlawful acts, bars for citizenship. See New Trends In Naturalization Proceedings: Good Moral Character and unlawful acts video blog.

This is how the "good moral character" is explained by the USCIS in its Service Law Books:

Character is not synonymous with reputation since the latter signifies what a person is believed to be, whereas the former refers to what a person actually is in fact. Both reputation and behavior constitute evidence which tends to establish good or bad moral character, but neither is necessarily decisive for the factual issue involved.

Further, one needs to demonstrate a good moral character over a statutory period required by law. Usually, it is five years, but the statutory period depends on the applicant's eligibility criteria for the citizenship application. However, it does not mean that the immigration authorities cannot consider the conduct and subsequent reformation that occurred prior to the statutory period.

In short, the good moral character requirement should be considered by applicants very seriously, and when in doubt, the applicants should seek the help of an experienced immigration attorney.

Finally, there are certain bars for citizenship, things that automatically disqualify one from it. See Legally Speaking: Good Moral Character Under Federal Immigration Law. For example, a conviction of an aggravated felony or failure to register for selective service (see Failure To Register For Selective Service And Citizenship).

As such, when filing for citizenship, it is recommended that you do so with the help of an attorney. US Immigration laws are constantly changing and unfortunately, your eligibility and chances for citizenship may change even after you submit your application, and it will be good to prepare for a backup plan of even an appeal! See Citizenship: Appeal Of Denial.

If you need a consultation regarding US citizenship and naturalization, please call us at 917-885-2261 or book it here.