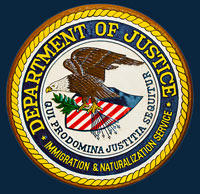 New York deportation lawyer provides certain types of cancellation of removal / deportation in the Immigration Court, the BIA and various Federal Courts. Among possible avenues of relief are:

Department of Homeland Security announced its new policy on the deportation of aliens holding DACA. Reports have been made that DACA holders started receiving notices to appear for previously administratively closed cases! Read more about the history of DACA status in the US and recent development here.

Current Immigration Laws have harsh consequences for the criminal conduct of non-citizens. Common offenses like shoplifting or using someone else’s identification can turn to be a bar for a non-citizen on his or her way to a green card, citizenship, or they can even lead to removal from the country.

Apart from this one exception, a person convicted of a controlled substance offense, has virtually no recourse in immigration proceedings, except if the criminal case is dismissed or expunged, or if his or her conduct falls under special provisions of Federal First Offender Act. (A dismissal or expungement under the Federal First Offender Act is not a conviction for “any purpose whatsoever.” 18 U.S.C. § 3607.)

Though a controlled substance conviction certainly does not make one’s life easier, under limited circumstances, an Immigration lawyer can try to win the case for his or her client.

Second, a person who is a permanent resident, may be eligible for cancellation of removal. As long as the crime committed does not qualify as an aggravated felony under immigration laws, and a person has been a lawful permanent resident for 5 years at the time the application is filed and has continuous residence in the United States for at least 7 years after being admitted in any status and before the stop-time rule is triggered. INA 240(A)(a). Accrual of the necessary 7 years of residence stops when a Notice to Appear (NTA) is served on the individual, or when the individual commits a crime that triggers the stop-time rule. Importantly, accrual of the 5 years of permanent resident status is not subject to the stop-time rule. In order to trigger the stop-time rule, the offense must be referred to in section 212(a)(2)of the INA. The latter section most commonly applies to any offense relating to a controlled substance. Most importantly, in this situation, there is no need in establishing any kind of hardship to a relative or applicant, as it is required for non-permanent residents.

These are the two most common situations that can save one in Immigration proceeding resulted from a conviction related to a controlled substance.