How to get a U.S. Business or Investor’s Visa 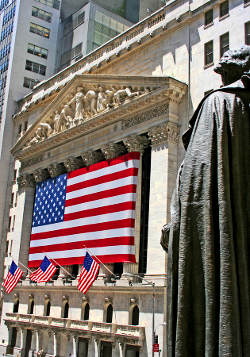 Many are dreaming about coming to the USA to live and work. While the U.S. Immigration laws specifically provide for a tourist visa, the law is less clear with regard to a business visa. Here, there are various forms of visas, and one has to fall into a specific category of an employee or employer in order to qualify for a business or investor’s visa. In other words, business visa choices in the US are very limited. Here we will talk about business visas for which a person does not need a sponsor other than himself/herself or their own company.

This group of visas is called non-immigrant because by themselves they do not lead to a green card or permanent residency in the United States.

B visa may be used for a variety of purposes, including for engaging in religious travel, medical treatment, attending educational seminars; by employees of an international fair or exposition exhibitor. There are B-2 visas for co-habiting partners, amateur entertainers and athletes who perform without remuneration, members of the board of directors of a U.S. corporation, and more. It is possible to engage in certain limited commercial activities while on a B visa, but that activity cannot be “employment” in the U.S. For example, it should be permissible to solicit new customers for the overseas business, negotiate contracts, litigate, consult with business associates, participate in conventions and undertake independent research. The key limitations for a B visa visitors are:

(!) Exceptions to employment on B visa: (1) B visa may be obtain in certain situations instead of H1 or H3 visa; domestic employees such as housekeepers, cooks, babysitters, parlor maids, butlers, valets, etc. may be admitted in B status when they accompany their employers in the US.

Those from countries with special agreements with the U.S. may qualify for a treaty investor, treaty trader or as an employee of a qualifying entity. Key requirements:

For citizens of Australia who will engage in professional “specialty occupation” assignments in the U.S. an E-3 status may be appropriate. Dependents of E-3 visa holders may qualify for employment authorization. A person has to be a citizen or national of Australia; should possess a bachelor’s degree; professional license, if required by federal, state or local law, and must be engaging in a professional assignment in the U.S.

It is faster to get an E3 visa in a consulate where petition by the employer is not required opposed to filing for a change of status in the US.

L visa: L visa requires an employer in the United States which can be one’s own company under certain circumstances. It is suitable for those who open a branch or subsidiary of their overseas business in the United States. The L visa serves as a transfer opportunity for executives or managers from overseas companies to the U.S. branch/ subsidiary/qualifying business. Key requirements and limitations:

In short, an L1 visa can be a great tool for one to transfer managers/executives and specialized knowledge employees from overseas to the US companies.

These visas lead directly to a green card or status of a lawful permanent resident. The visas discussed below allow for a self-petition or do not require a Labor Certification (proof that no U.S. workers were found for the employment position). EB1 attorney Alena Shautsova helps to obtain EB1 visas in the United States for qualifying applicants. For EB1 visas, a Form I-140 Petition for an immigrant worker is required. It is required even if a person is an alien of extraordinary ability and sponsors herself/himself.

There are following categories within the EB1 qualification:

Aliens of extraordinary ability in the science, arts, education, business, and athletics: No specific employer is required, just an intent to engage in the announced occupation in which classification is sought. An applicant will have to demonstrate that he/she meets 3 out 10 requirements and generally enjoys a reputation of an outstanding specialist in the field and that her/his work in the U.S. will be beneficial for the U.S. Here are the requirements according to the law:

Either evidence of a one-time achievement (that is, a major, international recognized award such as an Olympic medal, a Nobel prize) or at least three of the following:

(i) Documentation of the person's receipt of lesser nationally or internationally recognized prizes or awards for excellence in the field of endeavor;

(ii) Documentation of the person's membership in associations in the field for which classification is sought, which require outstanding achievements of their members, as judged by recognized national or international experts in their disciplines or fields;

(iii) Published material about the person in professional or major trade publications or other major media, relating to the person 's work in the field for which classification is sought. Such evidence shall include the title, date, and author of the material, and any necessary translation;

(iv) Evidence of the person 's participation, either individually or on a panel, as a judge of the work of others in the same or an allied field of specification for which classification is sought;

(v) Evidence of the person 's original scientific, scholarly, artistic, athletic, or business-related contributions of major significance in the field;

(vi) Evidence of the person 's authorship of scholarly articles in the field, in professional or major trade publications or other major media;

(vii) Evidence of the display of the person 's work in the field at artistic exhibitions or showcases;

(viii) Evidence that the person has performed in a leading or critical role for organizations or establishments that have a distinguished reputation;

(ix) Evidence that the person has commanded a high salary or other significantly high remuneration for services, in relation to others in the field; or

(x) Evidence of commercial successes in the performing arts, as shown by box office receipts or record, cassette, compact disk, or video sales.

Outstanding professors and researchers: if a person has at least three years of experience in teaching and/or research in the academic field, a qualifying offer of employment from a U.S. university, institute of higher education or a private employer and he/she is recognized internationally as outstanding in a specific academic area, he/she may qualify for the EB1B employment category in the US. Here, the petition must be filed by an employer, a scholar cannot file for herself/himself. Experience in teaching or research while working on an advanced degree will only be accepted if the alien has acquired the degree, and if the teaching duties were such that he or she had full responsibility for the class taught or if the research conducted toward the degree has been recognized within the academic field as outstanding. A person must meet two out of six criteria:

(A) Documentation of the alien's receipt of major prizes or awards for outstanding achievement in the academic field;

(B) Documentation of the alien's membership in associations in the academic field which require outstanding achievements of their members;

(C) Published material in professional publications written by others about the alien's work in the academic field. Such material shall include the title, date, and author of the material, and any necessary translation;

(D) Evidence of the alien's participation, either individually or on a panel, as the judge of the work of others in the same or an allied academic field;

(E) Evidence of the alien's original scientific or scholarly research contributions to the academic field; or

(F) Evidence of the alien's authorship of scholarly books or articles (in scholarly journals with international circulation) in the academic field;

If the standards in paragraph (i)(3)(i) of this section do not readily apply, the petitioner may submit comparable evidence to establish the beneficiary's eligibility.

Multinational managers and executives: these visas are reserved for those who can demonstrate that they worked as a manager or an executive for a qualifying foreign corporation for at least one continuous year on a full-time basis; and that a US company has been actively doing business for at least one year.

This route is popular for L1A holders.

EB2 category is reserved for professionals with high education or persons of exceptional abilities. Do not confuse this category with the extraordinary ability.

Persons with an advanced degree (Master’s or higher) or baccalaureate degree with a minimum of five years of progressive experience in the specialty field may qualify for this category.

If an applicant does not possess or cannot prove that he/she has an advanced degree, he/she may still qualify for EB2 category can demonstrate that possess a degree of expertise significantly above that ordinarily encountered in the sciences, arts, or business.” A person will have at least three of the following:

(A) An official academic record showing that the alien has a degree, diploma, certificate, or similar award from a college, university, school, or other institution of learning relating to the area of exceptional ability;

(B) Evidence in the form of letter(s) from current or former employer(s) showing that the alien has at least ten years of full-time experience in the occupation for which he or she is being sought;

(D) Evidence that the alien has commanded a salary, or other remuneration for services, which demonstrates exceptional ability;

(E) Evidence of membership in professional associations; or

(F) Evidence of recognition for achievements and significant contributions to the industry or field by peers, governmental entities, or professional or business organizations.

Traditionally, the EB2 employment category requires labor certification or proof that no suitable US workers were found for the position. But an applicant may request a National Interest Waiver for the labor certification requirements and an offer of employment requirement, and essentially sponsoring himself/herself. Read more about National Interest Waiver here

The law also states that “The director may exempt the requirement of a job offer, and thus of a labor certification, for aliens of exceptional ability in the sciences, arts, or business if the exemption would be in the national interest. To apply for the exemption, the petitioner must submit Form ETA-750B, Statement of Qualifications of Alien, in duplicate, as well as evidence to support the claim that such exemption would be in the national interest.” A special provision allows national interest waiver to be granted to physicians who agree to work full-time in areas with a shortage of healthcare professionals.

(!) As such, labor certification is not required for National Interest Waiver applicants, applicants with exceptional ability in the national interest, and Schedule A employees determined by the US government (such as physicians for example). These categories of applicants may self-petition.

If you have questions regarding US business immigration, please contact us and our Eb1, Eb5 visa attorneys will be happy to consult you! Call 917-885-2261 or book appointment online

How to Get an E Visa in the US.: Lawyer's Publications