Political Asylum In The USA 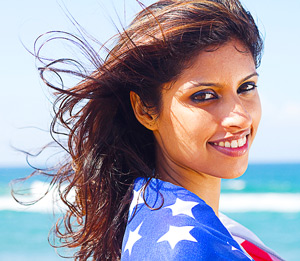 Winning Your US Political Asylum Case

The process of filing for political asylum begins with the submission of one's application and supporting documents with the USCIS office. After the application (USCIS form I-589) is received, the service will send the applicant a notice for a biometrics appointment and schedule a date for an interview. It is very important to be on time and prepared for the interview with an Asylum officer. The Asylum officer has an authority to approve one's application, and if the officer believes that there are grounds to do so, she will render the corresponding decision.

In many cases, however, the officer will refer the case to the Immigration Court. It does not mean that the application for political asylum in the USA has been denied. What it means is that it will be an Immigration Judge who will decide whether or not there are grounds for one's application for political asylum in the USA. The basis for seeking an asylum can be the following: race; political opinion; religion; nationality; membership in a particular social group.

After one's case is referred to the Immigration Court, he or she may face removal proceedings if, by the time the application was processed, one's immigration status, if there was one, had expired. In such a case, he or she will go through what is called "defensive asylum process." A request for political asylum in the USA will be a defense from one's removal. It must be noted, that the Immigration Judge considers the case "de novo": it means he or she is not bound by the findings of the USCIS Asylum office.

In the Immigration Court, one will have to go through a hearing, where the judge will listen to both sides of the case: the applicant's side and the government's side. It is extremely important to present your best case at this stage because it will determine whether or not the judge believes your story. One will give testimony, may present documents, witnesses and experts. It is important to remember that the "other" side, the government, who will try to prove that one is not eligible to any form of relief and must be removed from the United States, will be represented by a skillful and experienced attorney. To win one's case, one should also have an experienced and skillful lawyer who will fight for him or her. If you have questions about Asylum process, call Law Office of Alena Shautsova at 917-885-2261.

Asylum in The USA Read All Publications