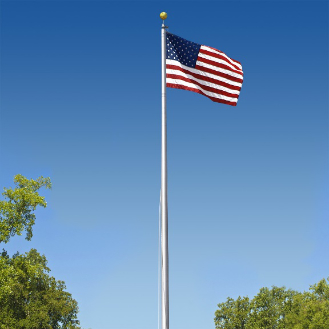 I read an article recently that a former political prisoner of Cuba, who advocated against Fidel Castro, was actually detained in Cuba, and later released on the request of the US government and was able to come to the US, was denied US citizenship. USCIS denied him naturalization petition, and the man is 82 years old, he spent about 50 years in the US. Why did this happen? The government stated his activities against Cuba in 1960-s made him “morally questionable.” ... https://reut.rs/2kQVPep.

The law actually does not provide a precise definition of “good moral character.” It does state that USCIS shall take into consideration “... the standards of the average citizen in the community of residence.”

As a rule, USCIS will look at one’s moral character during the “statutory” period, which is a rule, is 5 years. However, here is where it becomes tricky. The law actually states that USCIS officers do not obligate to stay within the 5 year mark, “but may take into consideration, as a basis for its determination, the applicant's conduct and acts at any time prior to that period, if the conduct of the applicant during the statutory period does not reflect that there has been reform of character from an earlier period or if the earlier conduct and acts appear relevant to a determination of the applicant's present moral character.”

Further, there are grounds that automatically will disqualify one for US citizenship: conviction of murder; conviction of an aggravated felony; a person is convicted of or admitted to committing two and more crimes involving moral turpitude; or

(2) An applicant shall be found to lack good moral character if during the statutory period the applicant:

(i) Committed one or more crimes involving moral turpitude, other than a purely political offense, for which the applicant was convicted, except as specified in section 212(a)(2)(ii)(II) of the Act;

(ii) Committed two or more offenses for which the applicant was convicted and the aggregate sentence actually imposed was five years or more, provided that, if the offense was committed outside the United States, it was not a purely political offense;

(iii) Violated any law of the United States, any State, or any foreign country relating to a controlled substance, provided that the violation was not a single offense for simple possession of 30 grams or less of marijuana;

(iv) Admits committing any criminal act covered by paragraphs (b)(2) (i), (ii), or (iii) of this section for which there was never a formal charge, indictment, arrest, or conviction, whether committed in the United States or any other country;

(vi) Has given false testimony to obtain any benefit from the Act, if the testimony was made under oath or affirmation and with an intent to obtain an immigration benefit; this prohibition applies regardless of whether the information provided in the false testimony was material, in the sense that if given truthfully it would have rendered ineligible for benefits either the applicant or the person on whose behalf the applicant sought the benefit;

(vii) Is or was involved in prostitution or commercialized vice as described in section 212(a)(2)(D) of the Act;

(viii) Is or was involved in the smuggling of a person or persons into the United States as described in section 212(a)(6)(E) of the Act;

(ix) Has practiced or is practicing polygamy;

(x) Committed two or more gambling offenses for which the applicant was convicted;

(xi) Earns his or her income principally from illegal gambling activities; or

(xii) Is or was a habitual drunkard.

(i) Willfully failed or refused to support dependents;

(ii) Had an extramarital affair which tended to destroy an existing marriage; or

(iii) Committed unlawful acts that adversely reflect upon the applicant's moral character, or was convicted or imprisoned for such acts, although the acts do not fall within the purview of §316.10(b) (1) or (2).

There are criminal convictions that also may disqualify a person from receiving US citizenship. For decades, however, the approach for convictions was as such: if a conviction made a person deportable, then, US had the discretion to either allow the person to naturalize or place him/her in removal proceedings. If a person was convicted of something that qualified as a petty offence, a person would be free to apply for citizenship and it would have been granted, as long as all other requirements are met and the sentence is served (for example, a person is not on probation any more).

So good moral character or lack of it is really a very broad category, subject to interpretation and, it seems, overreaching. Going back to the case of the Cuban native described above, it is really unclear, how the man’s political activities in Cuba against the regime that the US did not support, negatively reflect on his character when he lived in the US for half a century at this point. I am positive that his attorney(s) will have grounds for an appeal and perhaps, a civil action in court. But, maybe a better approach would be is when the tax payer’s money will not be wasted on this wheel and rather, objective, clear and fair standards be used when one’s application for naturalization be considered.

If you need to consult on the topic of naturalization, you can book a consultation here.