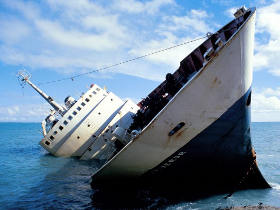 NOID or Notice of Intent to Deny is a document that might receive from a US asylum office after he/she appeared for an interview. While it is not a denial, it is an indication that an asylum officer intends to deny your claim. The notice usually will specify the reasons for such intent: perhaps, it will reveal inconsistencies between the applicant’s testimony and country conditions; inconsistencies between the evidence presented, or sometimes will point out at the legal flaws in one’s case.

How to Avoid NOID

To avoid NOID, an applicant has to prepare very well. When it is not possible to predict the coming of a NOID, it is possible to supply a detailed account of events that prepare for the interview well. Often, an asylum officer does not confront applicant with inconsistencies listed in NOID during the interview, however. Basically, an applicant would have to “predict” the problematical issues of his/her case and will have to try arguing them in the initial submission by providing sufficient country conditions reports, letters of support, medical records, etc. Submission of expert reports can be very helpful to establish the reasons of why an applicant cannot relocate within his/her home country to avoid persecution or why the government of the home country cannot protect the applicant.

How to Respond to NOID

Once NOID is received, a person usually has very limited time to respond to it (no more than 16 days, as a rule). Nevertheless, NOID has to be responded to. Depending on the issues raised by NOID, additional evidence, if available can be submitted: letters of support, expert reports, country conditions documents. Importantly, if an applicant has a benefit of professional representation, a legal brief has to be submitted with legal arguments providing a sufficiency of the applicant’s claim.