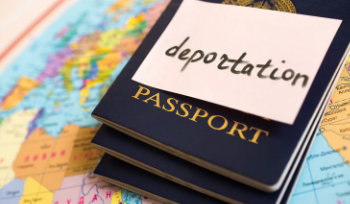 NYC Immigration lawyer Alena Shautsova helps immigrants to overcome grounds of inadmissibility and deportability. The US Immigration laws provide for a number of waivers or forgiveness for certain immigration violations. Which waiver to use and when maybe not so easy to determine: each waiver has its own qualifying criteria and applicability grounds.

212(k) waiver is one of the most rarely used in the US Immigration system. Perhaps, it is so because not so many people are aware of it in the first place; perhaps, because there are no specific forms or explanations related to it.

212(k) waiver was designed to waive technical defects in immigrant visas: improper classifications including where the classification has changed due to a person turning 21 years old. But, as with many things in US Immigration law, the basis for the waiver has grown with time and now can be used for a variety of situations involving immigrants who entered the US on a visa when they were not entitled to it. But here is a caveat: fraud should not be involved in this situation. For example: the consulate erroneously approved an employment visa without proper documentation for it…The issue is a serious one, because under the US Immigration laws, even if it was not a person’s mistake, but the mistake of a consul or a border agent, a person may be found to be deportable for technical violations related to the visa paperwork or unexpected changed circumstances. For example, a spouse entered the US using a family-related visa when the petitioner had passed away; a petitioner’s status was revoked due to fraud and hence the beneficiary could not qualify for the visa received but did not know about the fraud; revocation of the underlying petition prior to the vesting of the status, a child who received a visa and status without knowing about the fraud.

This waiver may waive the following inadmissibility grounds:

"Any applicant for admission who is in possession of an immigrant visa, and who is excludable under sections 212(a)(14), (20), or (21) of the Act, may apply to the district director at the port of entry for a waiver under section 212(k) of the Act. If the application for waiver is denied by the district director, the application may be renewed in exclusion proceedings before an immigration judge as provided in part 1236 of this chapter."

The waiver can be filed at the port of entry or with the judge. An Immigration judge can adjudicate the waiver in removal proceedings. No special form is necessary to submit this waiver and there is no fee for this waiver. It is recommended that an applicant uses I601 Form to submit the waiver.

The waiver can be granted if the applicant shows that he/she did not know about the inadmissibility and was not able to learn about it exercising reasonable diligence prior to entering the United States.

There is, however, also a discretionary component of the waiver. It means that the adjudicator (DHS or an Immigration Judge) also has to determine if a person deserves it. The “traditional” discretionary factors would be family ties in the United States, property ownership, community involvement, stable employment or business, other evidence attesting to the good moral character of the applicant.

If you need help with the inadmissibility or deportability issues: denial of visas, removal proceedings, denial of adjustment of status, please reserve a confidential consultation with our New York Immigration lawyers by contacting us at 917-885-2261 or office@shautsova.com.