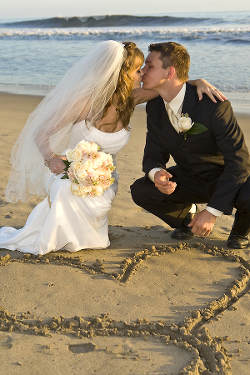 K-1 visa is a tool allowing a US citizen to invite his perspective spouse to the United States for up to three months in order to determine whether or not the couple should get married. K-1 visa is not a bad instrument if the couple is not sure if they would like to get married or not. If the parties have already decided that they are going to get married, a marriage in a foreign country and a family-based petition might be a better option, unless the situation involves aging out children. See: Who Is A Child For Immigration Purposes and Marriage Petition: Be Prepared For Bringing Your Spouse To The United States.

Please note, that with the new change, K- visas are available for the same-sex couples as well. See: BIA: DOMA Can No Longer Be Used Against Same-Sex Couples

However, K-1 via has some disadvantages. The main disadvantage is that the holder of the K-1 visa must either marry the person who invited them into the US within 90 days upon admission or leave the country. The consequences of not fulfilling this condition are drastic: if the marriage does not occur, the non -citizen spouse will be prohibited from adjusting his/her status ever, ineligible for most forms of relief, and sufficiently, will be wasting his/her time in the US without hope of getting immigration papers.

This remains true, even if the non-citizen spouse later found to be a victim of domestic violence. Le v. Att'y Gen, 10/3/13. In Le v. Attorney General, the non-citizen fiancé entered the US to marry a man who, upon arrival, she discovered was already married. Le moved to a different state and married a different guy, who, unfortunately, was abusive to her. Le suffered an assault from his hand, and filed for and was granted a VAWA self -petition. She later applied for adjustment of status based on the VAWA self-petition which was denied. The Fifth Circuit court of appeals upheld the denial, stating that where the non-citizen who entered the country failed to marry the K-1 petitioner, the non- citizen is barred from adjusting her status.

It is truly a drastic consequence of the overstaying a K-1 visa, as very often K-1 entrants are misinformed about it, and they believe if they letter marry a nonpetitioning US citizen, they will be able to gain lawful status in the US, as they entered the country legally. As such, the advice of an experienced Immigration attorney is necessary in all the cases where the K-1 route did not work out as planned.