Adjustment Of Status Using 245(i) Exception, Spouses And Children 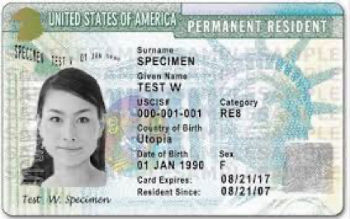 New York Immigration Lawyer Alena Shautsova helps immigrants to determine their potential reliefs from removal and eligibility for various benefits under the existing and ever-changing Immigration laws. Recently, as a part of Immigration reform discussions, practitioner and public started again discussing 245(i) exception to the adjustment of status rules or a provision in the law that allows some individuals who otherwise would not qualify for a green card in the United States to successfully apply for it.

In short, the 245(i) provision allows certain persons who were sponsored by their employers or family members long time ago to file for adjustment of status now, if certain conditions are met. It helps only those who entered the US without inspection , worked without authorization or overstayed their visas, and (1) an approvable immigrant petition or labor certification was filed for him/her on or before January 14, 1998, or (2) it was filed after this date but before April 30, 2001 and on December 21, 2000 the person was physically present in the United States. This provision also helps crewmen, persons who entered on a visa waiver.

While the principal’s or main beneficiary’s eligibility for 245(i) is usually clear, it may be more difficult to determine if children and/or spouses may benefit form this provision as well. For example, may a grown up child who is now getting married to benefit form the old petition that was filed for his/her parent? Or is it possible for a spouse of 245(i) beneficiary to acquire status as well if the spouse also entered the US without inspection? Let’s see what the regulations say.

But if a spouse or a child are after acquired: marriage took place after April 30, 2001 or a child was born after this date, then they will be able to use 245(i) provision only when they are filing for adjustment of status with the main principal as derivatives and are accompanying or following to join the main applicant. It means, for example, that if principal is adjusting in a category that does not allow for derivatives, then after acquired spouse or children will not be able to benefit from the principal’s 245(i).

One should consult with an attorney in each case when he/she believes there may be a possibility of 245(i) exception.

In the recent days, there are talks about reviving 245(i) by moving the deadlines which will allow hundreds of thousands of people to file for adjustment of status. No action has been taken yet, but we remain hopeful that Biden administration will make a push for the reform, and positive changes.

If you need help with your Immigration case, please call our office 917 885 2261 to book a confidential consultation.