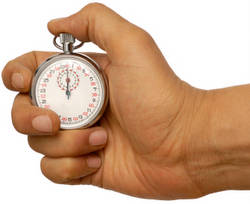 Ordinally, a person who would like to ask for asylum in the United States has to do so within one year of his/her entry. However, if one missed the deadline, the law provides him/her with a second chance in certain situations, but only if the person acts within a reasonable time.

One such a situation is when a person can establish a change in person’s circumstances. The law provides for a NON EXCLUSIVE list of "changed circumstances" in 8 CFR 208.4:

Consider the following situation: Alejandra came to the US in 2010, she believes she has a weak case and never submits her asylum application, even though in her home country she already experienced harm and was subjected to threats. In 2017, her family members were assaulted. She received new threats, and the overall situation escalated. Will Alejandra be able to present a successful asylum claim now, several years later, even though her one -year deadline long passed? The answer is: most likely, yes, depending on all other facts.

The key factor here would be 1) Alejandra’s ability to establish that the 2017 events constituted changed circumstances and 2) that she acted within a reasonable time once she learned about those events. It seems that Alejandra had a pre-existing asylum claim, and many courts deny claims like Alejandra’s stating that the new events constitute an escalation of the situation, and nothing more. But the Second, Fourth, Sixth, and Ninth circuits stated that despite the fact that a person had a pre-existing asylum claim, new facts that provide additional support for a pre-existing asylum claim could constitute a changed circumstance. These facts may include circumstances that show an intensification of a preexisting threat of persecution or new instances of persecution of the same kind suffered in the past. (Consider New York Pub. Interest Research Grp., Inc., 427 F.3d at 182. Most directly, in In re Jin Wei Gao, an unpublished (and therefore nonprecedential) decision, the BIA stated that “the fact that the respondent may now be active in the CDP in the United States is a change in personal circumstances.”1 A079 692 001, 2008 WL 5025147, at *1 (BIA, Oct. 29, 2008.))

What time to act would be a reasonable time? Usually, this period is about six months, but again, the facts may vary, and it is important to present all relevant facts to successfully argue that the person acted fast enough.

If you have questions regarding asylum deadline and exceptions to it, please call us at 917-885-2261.