Asylum And Persecution: Can You Win Your Case In The US? 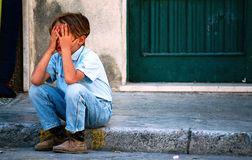 NYC Immigration lawyer Alena Shautsova helps her clients to win their asylum claims. Here, we will provide points for establishing persecution in US asylum cases that may help US asylum seekers in understanding the strength of their claims.

Persecution is a central concept in the US asylum law. If one establishes that he/she suffered past persecution, she/he can win their asylum case. Likewise, if a person establishes fear of future persecution, the asylum will be granted. But what constitutes persecution? Is it beatings, torture, and physical harm? Can it be verbal threats? Notes? Or silent deprivation of one’s ability to earn a living? The law on the topic of persecution is often conflicting, and the answer is likely to depend on many circumstances: applicant’s personal history, credibility, frequency, the timing of the harm or threats, and many other factors.

Physical harm inflicted on one may almost always be regarded as persecution. Harm can be in the form of forceful treatment. Harm can be regarded as persecution even if the inflictor had a rational purpose behind it.  Montecino v. INS, 915 F.2d 518, 520 (9th Cir. 1990). As long as other elements of the asylum claim are present, physical harm almost always be recognized as persecution. The cultural practice of female genital mutilation also constitutes persecution.  See Abebe v. Gonzales, 432 F.3d 1037, 1042 (9th Cir. 2005) (en banc); Benyamin v. Holder, 579 F.3d 970, 976 (9th Cir. 2009) (“It is well-settled in this circuit that female genital mutilation constitutes persecution sufficient to warrant asylum relief.”). If one seeks medical attention after the beating, it is surely evidence of suffered harm. But in the absence of a medical record, credible testimony may be sufficient as well. (“[A] beating may constitute persecution, even when there are no long-term effects and the [petitioner] does not seek medical attention); Ming Dai, 884 F.3d at 870 (“An applicant may establish persecution through physical abuse even if he does not seek medical treatment[.]”)

Moreover, harm to another, a family member, may be regarded as persecution. “Harm to a child can amount to past persecution of the parent when that harm is, at least in part, directed against the parent ‘on account of’ or ‘because of’ the parent’s race, religion, nationality, membership in a particular social group, or political opinion.”  Sumolang v. Holder, 723 F.3d 1080, 1083–84 (9th Cir. 2013) (delay in treating alien’s daughter was relevant to whether alien suffered past persecution).

But not all forms of harm would qualify. Mere harassment, trivial threats, and occasional beating will not rise to the level of persecution.

Threats As Persecution in Asylum Cases

Almost every asylum case involves threats: threats of harm to the applicant, his/her family members. Threats can be of physical harm, to one’s reputation, or both. Here, it is important to understand that threats that the applicant did not take seriously and which did not make the applicant afraid of the persecutor may not be sufficient to constitute persecution. For example, in Duran-Rodriguez v. Barr, 918 F.3d 1025, 1028 (9th Cir. 2019) the court found that evidence of a threat over the phone, and another in person, over the course of two days, by men believed to be hitmen, did not compel the conclusion that petitioner suffered past persecution. In  Mendez-Gutierrez v. Gonzales, 444 F.3d 1168, 1171–72 (9th Cir. 2006) the court found vague and conclusory allegations regarding threats insufficient to establish a well-founded fear of persecution; Ramadan v. Gonzales, 479 F.3d 646, 658 (9th Cir. 2007) (per curiam) (threats of harm too speculative to meet much higher threshold for withholding of removal); Nahrvani v. Gonzales, 399 F.3d 1148, 1153–54 (9th Cir. 2005) (two “serious” but anonymous threats coupled with harassment and de minimis property damage); Mendez-Gutierrez v. Ashcroft, 340 F.3d 865, 870 n.6 (9th Cir. 2003) (“unspecified threats” received by Mexican national not “sufficiently menacing to constitute past persecution”); Hoxha v. Ashcroft, 319 F.3d 1179, 1182 (9th Cir. 2003) (unfulfilled threats received by ethnic Albanian “constitute harassment rather than persecution”); Lim v. INS, 224 F.3d 929, 936–37 (9th Cir. 2000) (mail and telephone threats received by former Filipino intelligence officer); Quintanilla-Ticas v. INS, 783 F.2d 955, 957 (9th Cir. 1986) (anonymous threat received by Salvadoran military musician).

Threats of serious harm, particularly when combined with confrontation or another mistreatment, may constitute persecution.  See, e.g., id. (stating the court has “been most likely to find persecution where threats are repeated, specific and combined with confrontation or another mistreatment.”); Mashiri v. Ashcroft, 383 F.3d 1112, 1120–21 (9th Cir. 2004) (death threats, violence against the family, vandalism of residence, the threat of mob violence, economic harm and emotional trauma suffered by ethnic Afghan family in Germany).  “Threats on one’s life, within a context of political and social turmoil or violence, have long been held sufficient to satisfy a petitioner’s burden of showing an objective basis for fear of persecution.”  Kaiser v. Ashcroft, 390 F.3d 653, 658 (9th Cir. 2004).

Emotional trauma may constitute persecution. Here, almost always, an expert opinion would help to establish the seriousness of the harm suffered. But it is not necessary. One’s credible testimony and other evidence may be sufficient. Discrimination and harassment by itself would not amount to persecution. But where is there is discrimination and threats, harassment, and physical violence, then persecution can be found. In short, all circumstances will have to be taken into consideration.  In Avetova-Elisseva v. INS, 213 F.3d 1192, 1201–02 (9th Cir. 2000)  the court said that harassment of ethnic Armenian in Russia, inability to get a job, and violence against friend did not rise to the level of past persecution, but did support her well-founded fear.  But for example, in Vallecillo-Castillo v. INS, 121 F.3d 1237, 1239 (9th Cir. 1996) the court found persecution where Nicaraguan school teacher was branded as a traitor, harassed, threatened, home vandalized and relative imprisoned for refusing to teach Sandinista doctrine;  in Singh v. INS, 94 F.3d 1353, 1360 (9th Cir. 1996)the court held that discrimination, harassment, and violence against Indo-Fijian family can constitute persecution.

The above-stated examples provide just a tip of the analysis for establishing persecution. In asylum cases, all details matter, together with country conditions, a person’s state of mind, and personal experiences. Even the age of the asylum applicant can make a difference. For example, children suffer deeper mental trauma and experience the same events differently than adults. Hence, what may not be sufficient to establish as persecution for an adult, maybe sufficient for the persecution of a child.

If you need help with an asylum-related issue, call our office to reserve a confidential appointment at 917-885-2261.