Asylum: What Is Enough To Win Your Case? 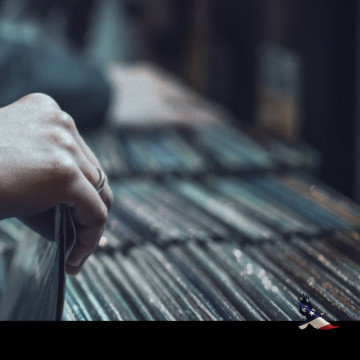 The number of asylum applications filed in the United States is consistently growing by hundreds of thousands. Asylum benefits include US protection: regardless of the manner of entry, a person would not be deported from the United States; asylum benefits include a pathway to US citizenship; an ability to sponsor your close family members (such as a spouse and children), and eventually parents (once one becomes a US citizen)…. But how hard it is to actually win your asylum case? What is enough to show that you are unable or unwilling to return to your home country? The question is more complicated than you think, for in my view, asylum is not only measured by objective but by subjective standards as well.

Consider the case of Sorto-Guzman v. Garland coming form the Fourth Circuit Court of Appeals. Here, we have a case of a very young mother, only 23 years old, and her baby: 7 years old son who fled El Salvador because of the Mara 18 gang’s death threats they received. An Immigration judge found the mother to be credible, but denied asylum because “ the death threat did not rise to the level of past persecution because the threat never came to fruition.” Did the judge expect the mother to be murdered to win her asylum case? Because the fruition of the death threat would be murder, and asylum( like any other relief) would be meaningless at that point. It is all very frustrating to see that this apparently would have been the standard for an asylum case in the United States.

Luckily for this mother, she had very good lawyers. The lawyers  never gave up, and appealed the case first to the Board of Immigration Appeals which merely adopted the IJ’s decision. And then, the case was appealed to the Fourth Circuit, a federal court! This last Court, the last hope for the family, reversed the lower courts’ decisions:

Following this, the panel asserted that "by discounting the death threat Sorto-Guzman received on account of her religion, the Immigration Judge and the Board of Immigration Appeals ignore our clear precedent. But to be clear: ‘the threat of death alone constitutes persecution.’”

It took years of litigation, efforts, fears, and stress to confirm the obvious: death threats are serious enough and an actual death is not required for one to win their asylum case! But trust me, Sorto-Guzman is one case out of thousands of hundreds. Many people give up too early: they may not have the strengths, the resources, and qualified lawyers on their side to pursue their American dream. A part of the problem is that the Immigration court system is not independent, unfortunately, and technically is a part of the same mechanism that is used to oppose asylum seekers. Another part of the problem is lack of hard standards for asylum cases: a nearly identical set of facts may be ruled on differently by a judge from New York and a Judge from North Carolina…Such a flexible approach opens room for advocacy, but also for bias and unfair decisions.

Lastly, when pursuing your asylum case, you must present more than your story usually. You have to present materials with regard to country conditions, expert opinions, letters from witnesses, and official documents where possible. You are expected to collect this evidence and if you miss some of them, you are expected to present a reasonable explanation as to why you do not have this or that document or evidence. It is not to say that only your testimony will be insufficient. In some cases, only an applicant’s testimony is available, but then the applicant must present an explanation as to why the rest of the expected evidence is missing. Add to it the fact that asylum has pretty high qualifications: protected ground, nexus, and deadlines. This will explain why only 30% of the filed asylum cases are actually granted (https://bit.ly/3RjrbnJ).

If you are researching how to file your asylum case in the United States, visit our asylum resources page, that contains asylum library, and simply guides on what is needed to submit your case. Remember, that the process will differ depending on if you are in Immigration court (defensive filing) or not (affirmative filing). If you need help, and thinking about hiring a lawyer, give us a call at 917 885 2261.