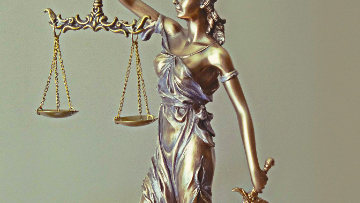 Recently Attorney General has issued a decision in the Matter of CORONADO ACEVEDO, 28 I&N Dec. 648 (A.G. 2022) stating that pending the outcome of the rule-making process, immigration judges and the Board of Immigration Appeals may consider and where appropriate grant termination of dismissal for removal proceedings in certain types of limited circumstances such as

(1) where the noncitizen has obtained legal permanent residence after being placed in removal proceedings;
(2) where the pendency of  removal proceedings causes adverse immigration consequences for a respondent who must travel on an Immigrant visa;
(3) or for whom termination is necessary because the respondent will be eligible to seek immigration relief before USCIS.

This decision comes after a long battle you may be aware of: during the Trump administration, in 2018  then-Attorney General Sessions stated that Immigration judges, genstrerally speaking, should not be terminating or administratively closing proceedings. There were very limited circumstances when the proceedings would be allowed to be terminated or administratively closed, and those circumstances were specifically mentioned in Immigration regulations. As such, the judges were stripped from any discretion as to when and how to end the removal proceedings. Specifically, the decision issued by Trump's Attorney General stated:

Consistent with Matter of Castro-Tum, 27 I&N Dec. 271 (A.G. 2018), immigration judges have no inherent authority to terminate or dismiss removal proceedings.

Now, new Attorney General issued an opposite decision. Let’s see who may benefit from it.

First of all, let's look at the  first group of potential beneficiaries of this decision:

noncitizens who obtained lawful permanent residence after being placed in removal proceedings. This particular reference would include those who, for example, was successful in defending I751 petition to remove the condition on their residency after notice to appear was already issued against them. We have recently helped a client in a similar situation. A client married a US citizen, and they filed for the adjustment of status which was approved. The client received a conditional, 2-year green card. The couple, however, separated by the time the removal of conditions had to be filed. We helped the client to file a waiver-based I 751 petition to remove conditions. Prior to us filing the petition, the client was p[laced in removal proceedings. While the removal proceedings were pending, the client’s I 751 waiver-based petition to remove the condition on permanent residency was approved. Then we had to go back to court and ask the court to terminate the removal proceedings since the client was successful in defending their permanent residence status.

Now let's look at the second example: the example that includes people where the pendency of removal proceedings causes adverse immigration consequences for those who must travel abroad to obtain a visa. This particular example refers to people who cannot adjust their status in the United States, and must travel abroad to receive a visa. Usually it happens when a person cannot demonstrate that he/she was inspected and admitted or paroled when they entered the United States. In most cases, such non-citizens will be filing for I 601A provisional waivers. I 601A waiver can be filed in the United States prior to non-citizen departing the United States, and if the waiver is approved, the waiver cures the unlawful presence bar that otherwise would apply against the non-citizen in case of his/her departure. Often such a scenario can be observed when a non-citizen who entered the United States without inspection later marries a US citizen but cannot adjust status in the United States. Then, the I 601A waiver route is ideal in most cases that do not qualify for exceptions.

Finally, let's look at the third reference where Attorney General states termination is appropriate:  where termination is necessary for the respondent to seek immigration relief before USCIS. This is, perhaps, the most popular case scenario and would include all those who, if they were not placed in removal proceedings, would be able to seek an adjustment of status before USCIS.  You may be aware that USCIS and immigration courts have different jurisdictions: for example, USCIS has jurisdiction or power to decide cases of those who are either arriving aliens or who are not placed in removal proceedings, but only the immigration court can grant or deny adjustment of status for that non- citizen who was issued a notice to appear.

Prior to the Trump administration’s taking over, USCIS would routinely terminate cases that started before a non-citizen got married to a US citizen and continued after such marriage so that a non-citizen would finalize their adjustment of status case before USCIS rather than Immigration court. It was sufficient to show that a non-citizen had a chance of adjusting status before USCIS based on a bona fide marriage with a US citizen. But then-Attorney General Sessions closed that route forcing the couples to face lengthy delays in Immigration courts rather than dealing with USCIS. Now, this situation will be mended. Those non-citizens who can demonstrate that they have all the requirements for adjustment of status before USCIS will be able to ask for the termination of their removal proceedings, and hopefully will have a more expedited process in USCIS.