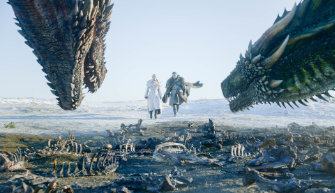 As rule, motions to reopen are subject to numerical and time limitations. It makes sense: you cannot file motions to reopen several times arguing the same points. You also should not be waiting too long to try to reopen your case. But at times, a person’s situation changes years after he or she received the deportation or removal order. Is there any hope in a situation like that?

Yes, there is hope, however little. It is SUA SPONTE motion to reopen before the Board of Immigration Appeals. In exceptional circumstances, the Board of Immigration Appeals or Immigration Court may exercise its discretionary authority to reopen proceedings sua sponte. Matter of J-J-, 22 l&N Dec. 976 (BIA 1997). For a judge to consider taking a motion sua sponte, the applicant at a minimum need to demonstrate “a substantial likelihood that the result in his case would be changed if reopening is granted.” Matter of Becliford, 22 l&N Dec. 1216 (BIA 2000).

In fact, the BIA grants a number of such motions every year. What would be the qualifying factors? Usually, such factors include: a beneficiary’s grant of TPS status; a beneficiary’s ability to adjust based on an approved family petition; a beneficiary’s or family member’s health concerns. For example, in unpublished Board Of Immigration Appeals (“BIA) decision, the BIA exercised its sua sponte authority over DHS’ opposition, for a national of Yemen whose immediate relative petition was approved and who was a TPS holder and reopened his case. See Omar Ali Saeed Khamis, A200 576 514 (BIA Nov. 9, 2018). In unpublished BIA’s decision Henry Leonel Fontes Martinez, A098 736 254 (BIA Oct. 9, 2018) the Board exercised its sua sponte authority and reopened proceedings in light of eligibility for adjustment of status and present country conditions in Venezuela.

If you have questions regarding sua sponte motion to reopen and procedure, please book an appointment by calling us at 917-885-2261 or emailing at office@shautsova.com