Green Card Based On Marriage To The USC 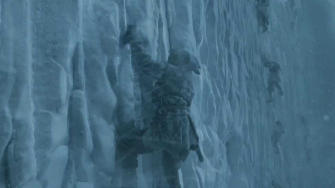 One of the ways to obtain a US permanent residency without leaving the US is through marriage to a US citizen. However, not everyone will be eligible for this route. Here are the most common issues that arise when someone is marrying a US citizen:

The first requirement for adjustment would be to prove that the marriage is bona fide: that it is real, it was valid at inception and was not conducted with the purpose to circumvent Immigration laws in the US. How does one prove that? One can prove it through documentary evidence and through his/her testimony. The list of such suggested evidence can be found in the instructions to the form I 130 (the immediate relative petition). But at times, the answer the question is not black and white. How much evidence is sufficient? How do you really meet your burden? What is necessary and what is not? Here is where there is no one right answer and totality of circumstances comes to play. What if previously one of the spouses was involved in marriage fraud? Most likely, the non-citizen will have a life-time bar; but the US citizen will not, but still, the couple may face hurdles on the way to the green card...

Further, one must prove that he/she was legally admitted/paroled into the US. It is easy to do so if the person entered the US on a visa, but becomes more complicated if parole or Visa Waiver is involved. It will become even more complicated if one will try to argue a de facto admission which procedurally may not have been valid: entry under the false name waived in exception. At times, a person will be able to meet this requirement because she/he was a beneficiary of 245(i) exception, or TPS or U Visa. The situations may vary.

Recently, the issue of public charge became a “hot” one. The government promised to implement measures to hold those who signed an affidavit of supports accountable for the violations of their obligations… While the consulates became especially strict with the affidavit of support issues, the local officers are not that rigid, but the tendency is obvious: it will be harder and harder to sponsor a family member if your income does not meet the requirements, and if your family members are elderly, has health issues, not much education, etc. Public charge denial is an easy one, so try not to get caught in its nets. There are alternative ways to prove income sufficiency (assets, intended immigrant’s income in certain situations) and one should use all legal avenues to meet the requirements.

Lastly, one’s immigration or criminal past may present a bigger issue than one may expect. For example information that was left on a visa application may serve as a ground for fraud/misrepresentation charge; charges that never were formally filed may haunt you even if the prosecutor assured you that they were dropped; and finally, little innocent mistakes on immigration forms may be fatal for the process. Overall, green card based on marriage is achievable for many, and those who are willing to stumble on the road but will not give up.