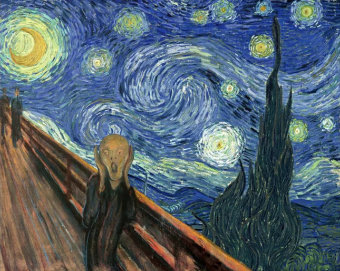 One of the criteria for determining whether an asylum case will be granted in the US or denied is a fear of future persecution. An applicant for asylum must establish that he or she is likely to be persecuted in the future if returned to home country, any part of their country. Moreover, a pattern or practice analysis can help prove fear of future persecution if a person has not been persecuted in the past in their country, but now he or she fears persecution based on their race, religion, nationality, membership of a particular social group or political opinion. To put it simple, fear of future persecution outweighs most other factors in a US asylum case. If a person is not using the pattern or practice test, he/she will have to meet the Mogharabbi test. See Matter of Mogharrabi, 19 I. & N. Dec. 439 (BIA 1987) modifying Matter of Acosta, 19 I. & N. Dec. 211 (BIA 1985).

The likelihood of future persecution can be established by showing either (1) an individualized risk of harm upon return, or (2) “a pattern or practice of persecution of a group of persons similarly situated to an applicant on account of race, religion, nationality, membership in a particular social group, or political opinion,” and that the applicant belongs to and identifies with the group “such that it is more likely than not than his or her life or freedom would be threatened upon return to that country.” 8 C.F.R. § 208.16(b)(1)(i).

The classic example of pattern or practice derives from the Supreme Court decision in INS v. Cardoza-Fonseca. In it, the Supreme Court relied on the scholarly example that if every tenth male was either put to death or sent to a labor camp, it would be apparent that any male who escaped from the country would have a well-founded fear of persecution. In this scenario the group was established and information establishing systemic persecution of members of the group. Therefore, everyone within the group has a well-founded fear of persecution and does not need to prove individually that they have a well-founded fear, only that they belong to the group.

If a person can establish that they belong to a group that is being “disfavored” by their government, i.e. the government either directly discriminates against them is unwilling or in some cases unable to protect them against the protected grounds of discrimination one part of the puzzle in proving asylum is established. The next part to be established is the individual’s risk for being singled out for persecution. This risk for being singled has a direct correlation with the pattern and practice risk of a group. I.e. if it is unlikely that a person is going to be persecuted based on the pattern or practice of a government’s actions towards that person’s group, they will have a higher burden when it comes to showing their individual risk. On the other hand, if the pattern or practice of a government’s actions towards a group make it highly likely that a person that identifies with that group will be targeted, the burden of proving individual risk will be lower. See Velasquez-Banegas v. Lynch, 846 F.3d 258, 261 (7th Cir. 2017) (under the pattern-or-practice regulation, “to be a member of a group that faces a high probability of persecution in a foreign country is enough to establish that he’s at risk of persecution if deported to that country,” even if the petitioner could not establish that he, specifically, was at risk of harm).

The key in this analysis is to show that there is a pattern or practice of persecution of a certain group of people on account of a protected ground. But how technically one can show that? What is a practice or pattern? Would two big incidents suffice? How do we define a group? Unfortunately, there is no definite answer to these questions. One can basically use quotes from various decisions to try to weave a creative argument in his or her favor. Speaking practically, an applicant for asylum has to produce reliable country conditions reports and perhaps expert conclusions to meet his or her burden of proof. Country conditions reports by the Department of State are widely accepted as reliable sources of information.

If you have questions regarding asylum in the USA, please reserve your consultation by calling 917-885-2261 or visiting here.