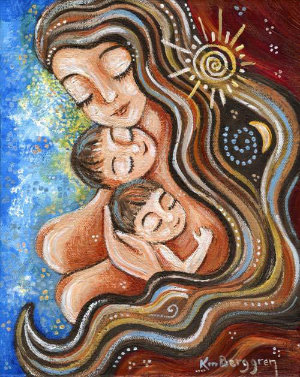 In order to receive an approval of asylum in the United States, a person needs to have met a variety of criteria to prove that they have had past persecution or likelihood of future persecution based on their race, national origin, membership of a particular social group, religion or political opinion. On top of proving past persecution and or fear of future persecution, a person must prove that they cannot relocate to a different part of their home country and that the persecution is likely to happen at the time of the adjudication. The United States intended to apply these last two criteria to individuals who have not been living in the US for a long time and been able to establish a home, career, and family. With the change in the procedure of USCIS to adjudicate asylum cases on a “last in, first-out” method, whereas before USCIS would adjudicate asylum cases on a “first-in, first-out” method, there is the appearance of a divide on who can benefit from a humanitarian asylum.

At first, it would seem that all the new cases that fit most of the criteria for asylum but fail to establish all criteria would not be recommended for this discretion, and it would be available only for those who got stuck in the backlog. However, if an asylee applicant is referred to immigration court, the backlog in the courts can also stretch time. As time goes on, the country conditions may improve, or the persons seeking to persecute the applicant may no longer be at power, or a portion of the applicant’s home country may become a safe place to relocate. All of this may happen, while a person is establishing family roots, a career, purchasing assets in the United States, paying taxes, and becoming a productive member of the United States economy and society.

Most would agree that it is unwise to uproot a person after such a long time when they went through the immigration process legally. The average asylum case that goes to Immigration Court takes about two (2) years to complete, and if the case was filed affirmatively, a person should add an average of 6 months onto that time currently. For cases that were filed before the new first-come-first-serve basis, the cases would take at least 5-7 years to complete. Luckily, the case law for US Asylum allows for certain discretions when a person no longer qualifies for asylum at the time an officer or immigration judge is making a final decision. The most important points that are taken into consideration when deciding to grant a humanitarian asylum are:

Severity of Past Persecution

Sometimes a person is unable or unwilling to return to their country of origin even after country conditions become more amenable or internal relocation becomes an option. It is not uncommon for someone who experiences severe persecution in their home country to develop PTSD over the situation, and remanding them back to the country after the conditions have changed will only exacerbate their psychological condition. While the likelihood of harm is relatively low, the applicant’s subjective view is still that returning to the country of origin will still be a sentence to permanent persecution. Since 1989, the board of immigration appeals (BIA) has adopted a stance that if the applicant has a subjectively genuine fear of asylum, a favorable discretion can and should be granted. When applying for humanitarian asylum based on the severity of past persecution, it is important to tie the past persecution to the applicant’s protected class. Otherwise, they may be denied the application. For example, if a person is persecuted based on the protected ground and can qualify for humanitarian asylum based on the severity of past persecution, this may be a good option for them. If the past persecution was not based on a protected ground, for example, it happened during the time of a civil war or the persecution happened. Still, it was not based on any protected ground, from USCIS to the BIA, the case will likely be denied.

The pivotal case that established the severity of the past persecution category for humanitarian asylum was Matter of Chen, 20 I&N Dec. 16, 19 (BIA 1989). In this case, the applicant was held under house arrest at 8 years old, physically abused by teachers and fellow classmates, which resulted in permanent hearing loss, anxiety, and suicidal thoughts. Although the situation in China improved and at the time of adjudication Chen was unlikely to be persecuted the way he was previously because he could relocate internally, the BIA ruled that his fear of future persecution was genuine and his asylum application was eventually granted.

It is important to note that with cases that fall under humanitarian asylum, psychological evaluations and reports are very helpful in establishing a subjectively genuine fear of future persecution. For example, in another case from 1998, N-M-A, the applicant was beaten and tortured for a month and had their father disappeared. The BIA took into consideration the length of time the harm was inflicted, the degree of harm the applicant suffered, and the evidence of severe psychological trauma. Except, in this case, there was no evidence of severe psychological trauma. The applicant likely thought that stating he had been beaten for a month and his father is nowhere to be found and likely dead was enough evidence that he had a genuine fear of future persecution. The BIA felt differently, and because no evidence of psychological trauma was produced to state; otherwise, N-M-A lost his asylum case.

More recently, however, the BIA granted humanitarian asylum to victims of female genital mutilation (FGM) in Somalia under humanitarian asylum because the pain and discomfort associated with FGM are permanently ongoing. Although the decision did not explicitly state it, from a legal perspective, the form of persecution used in FGM is continual, and therefore even years after, the event will be persecuted every day thereafter. Thus, the mental trauma associated with FGM is inflicted daily, and returning a person to the country of origin will purport these traumas even though no further physical harm will be done.

To sum up, the factors associated with proving severe past persecution in the relative order of consideration are:

Unlike the severity of past persecution claim, other serious harm claims can include the following:

If you have questions regarding asylum in the USA, please reserve your consultation by calling 917-885-2261 or visiting here.