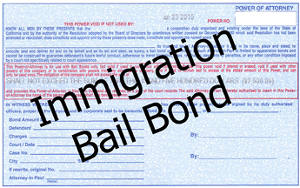 On February 27, 2018, US Supreme Court in the case of Jennings v. Rodriguez stated that the lower Federal Court (the Ninth Circuit court) was wrong when held that detained immigrants have a right to periodic bond hearings.

It has to be noted that under the Immigration law, usually, in a case of a non-citizen who is being placed in removal proceedings, a person would be eligible for a bond. The case is dealing with challenges to those provisions of the laws that authorize the detention of certain aliens.The question is: if it is unconstitutional and violates people’s rights to keep them in prolonged detention without a bond. The Ninth Circuit Federal Court held that all immigrants deserve a bond: “the Ninth Circuit construed §§1225(b) and 1226(c) as imposing an implicit 6-month time limit on an alien’s detention under those sections. After that point, the court held, the Government may continue to detain the alien only under the authority of §1226(a). The court then construed §1226(a) to mean that an alien must be given a bond hearing every six months and that detention beyond the initial 6-month period is permitted only if the Government proves by clear and convincing evidence that further detention is justified.” The US Supreme court disagreed.

The US Supreme Court stated that the law is clear: there is no suggestion in it that the bond must be provided periodically. This was the opinion of the majority of the Court and now is the law.

It does not mean, however, that every non-citizen will be detained indefinitely during the pendency of removal proceedings. Individuals are also allowed to challenge the detention on an individual basis. But it is very costly, of course.

The Supreme Court sent the case the back to the lower court with two questions unresolved. First, whether indefinite detention without a chance for bail is unconstitutional. Second, whether the challenge to that no-bail provision can be brought as a class action, instead of as individual cases.