Immigration Changes: How US Midterm Elections Can Affect Your Status 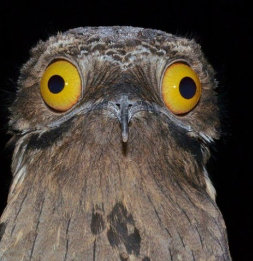 2018 midterm elections are over: Republicans won the Senate, and Democrats the House. It means that now, more than ever, the Congress will be divided, and any law will be even harder to pass. The Senate has some important powers that would limit all House’s initiatives to challenge the current power: The Senate has the sole power to confirm those of the President’s appointments that require consent and to ratify treaties. There are, however, two exceptions to this rule: the House must also approve appointments to the Vice Presidency and any treaty that involves a foreign trade. The Senate also tries impeachment cases for federal officials referred to it by the House. Taking into consideration that any serious legislative dispute is resolved by the US Supreme Court, and the liberals in the Court are in the minority at the present state, it is clear that a victory in the House will not dramatically affect the Immigration issues that are currently developing.

First, the government announced recently that it will fight to illuminate DACA completely. Second, President Trump announced his plans to significantly change the asylum process in the US, allowing applications only for those who came through the ports of entry. Third, there is a still unresolved issue of children’ detention; and many more (employment immigration, changes to business immigration, etc.)

If I had to predict, I would say that one can expect the following: 1. More stringent immigration process with greater delays. 2. USCIS would change its policies to confirm them strictly to the text of the law (requirements of lawful admissions for all adjustment applicants; prohibition of adjustment for visa waiver holders, etc.). 3. More difficult times in receiving a waiver and other discretionarily relieves.

What can you do to address these changes.

The obvious answer would be: play by the book. Do not count on any exceptions to the law or policies that, as history shows, can change on a very short notice or without one. Make your best effort to maintain legal status. If you do not have status, you need to have a plan in case of your detention: will you qualify for any sort of relief form removal? Do you already have an outstanding order of removal? If yes, have you tried to stay of removal? Do you have an order of supervision?