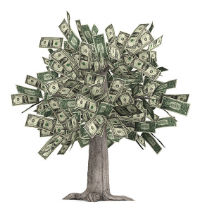 Will you or our family member be regarded as a public charge under the new rules that come into effect on October 15, 2019? The answer is crucial: if it is a YES, it means you or your loved one may not be able to receive a green card (permanent residency) in the United States or even come to visit!

The Trump administration is building a real wall to keep the immigrants out, and it is not the one at the Southern border. It is the new public charge rule. According to the new rule, federal, state or local government-funded benefits like Medicaid, Food Stamps, Cash Assistance, SSI, SNAP, Section 8 project Rental Assistance, and some other benefits if received for more than 12 months in the aggregate within a 36 month period will disqualify a person from non-immigrant and immigrant benefits in the United States. Interestingly, if two benefits were received at the same time, they both count as if received in consecutive months.

The following benefits are excluded and can be used:

The totality of circumstances test

The problem, of course, is that a person’s application may still be denied if the person is found to be “likely to become a public charge.” And here, a “totality of the circumstances” standard comes into play which is vague. Such totality includes applicant’s age, health, applicant’s family status (consider an applicant with children…); applicant’s assets, resources and financial status, if the applicant applied for pubic benefits; and if he/she has any financial liabilities. From this, we can conclude, that those with judgments against them, those who have extensive families, and those who are of the age of retirement, unless extremely wealthy, may face trouble coming to the US or applying for permanent residency.

How one will be able to prove financial solvency?

First, a tax transcript for the most recent tax year; then statements from bank accounts for the past 12 months; any assets that can be liquidated within 12 months period, credit history, education and skills, English proficiency… Notably, and affidavit of support is not a defining factor. It is strange, however, as I864 affidavit of support is actually a contract which can be enforced by any party in any state or federal court.

A person who is found inadmissible because he/she is likely to become a public charge, a person may post a bond, money, but only if DHS allows the person to do so: surety bond, cash, or cash equivalents. The minimum amount for the bond is $8100.00. To return the bond, a person has to obtain citizenship; spend 5 years in permanent resident status, die, leave the US permanently or change the status to one that does not require consideration of public charge. If a person receives public benefits, the bond may be found by DHS to be breached, and the full amount forfeited.

Now, those who are green cards may be found deportable (even though rare) based on public charge. Also, those LPRs who travel outside the US for more than 6 months will be faced with the public charge test at the border. But the public charge bar is not used for naturalization proceedings.

If you need a consultation regarding the applicability of public charge rule, please book it here.