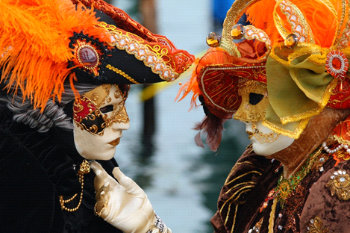 The title says it all. Recently a new ruling from the Board of Immigration Appeals (BIA) has made quite a change procedurally for marriage cases. Now, more than ever before it is important to have a record of a bona fide marriage when filing the case. USCIS has been pushing applicants to submit more than just “skeleton” filings where a person files only the forms for their case. It is not just marriage cases that USCIS is dissuading skeleton filings from, but marriage cases that end up withdrawn or denied due to a lack of evidence will be significantly impacted.

Previously, the “skeleton” filings were helpful in rare circumstances where the green card applicant was not able to get much of the evidence USCIS lists as supporting documents. For example, a person without a social security card or valid immigration status will have a hard time getting life insurance, health insurance, or a joint bank account with their partner. The person may even have trouble getting their name on certain utility bills as well. The “skeleton” filing allowed a person to wait 6 months to get their work authorization and social security card so that they could open a joint bank account with their partner or purchase insurances with their partner. Unfortunately, sometimes the marriage does not work out and the case is withdrawn before there is a chance to have an interview of the couple. Other times, the couple believes that because they are in a bona fide relationship they will simply go to the interview and pass because they are “a real couple.” Without some form of preparation and documents to back up the relationship, a real couple can and very often does fail the USCIS interview. It is a little different than introducing the person to your parents and having them play 20 questions with you and your partner.

In either of the aforementioned scenarios, as long as USCIS did not suspect fraud before the case was withdrawn or if the case was denied without the allegation of fraud a person could:

Now, however, USCIS is allowed to look back at the old filings and allege fraud at any time when a person files a new case. This means that it is more important than ever to avoid a “skeleton” filing completely. As time goes on, it is more and more difficult to obtain records of something that happened years ago. Pictures get lost (or deleted), bills get thrown out, spam mail gets thrown out; every time a person does a Spring cleaning, or move to a new address they are likely to lose documents that could help them to prove a bona fide marriage with an ex-spouse. Now, for the couple that has trouble getting certain documents together for their case because of a lack of government issued IDs, it is important to get something filed with USCIS along with the forms. Some of the things that people can get without social security numbers or work authorization include:

By submitting these documents as a minimum when filing a marriage case with USCIS it will be exceedingly difficult to allege a marriage fraud. Even if USCIS later denies the case or the marriage does not work out and the case is withdrawn, you have protected yourself from the worst possible outcome: an allegation of marriage fraud. Again, these allegations have always had a serious effect on a person’s case. However, now USCIS can take their time alleging the fraud and there is no way to “void” a filing for immigration benefits based on a marriage to a US Citizen or Permanent Resident.

If you need help with a marriage based case, call our office for a confidential consultation with a New York Immigration lawyer, at 917-885 2261.