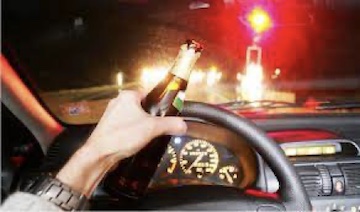 A conviction of any offense, is of course, a matter that may have life long consequences for any person… but for an immigrant, a criminal conviction may also mean the end of their life in the Unites States as they know it (separation form the family members and friends, end of employment, career, social ties, change of their entire life), because it may cause deportation. For that reason, if an immigrant (a person who is not a US citizen) gets arrested, he/she should immediately consult with an Immigration attorney to learn about consequences of a possible conviction.

Different convictions may have different consequences for the Immigration purposes. Moreover, a person may be regarded as not convicted under the State or even Federal law, but the “incident” may still have serious consequences for Immigration purposes. It so because there is difference in understanding what is a conviction for Immigration purposes and what is a conviction for Criminal purposes. In addition, some convictions may be labeled as aggravated felonies, some as crimes related to controlled substance, and crimes involving moral turpitude… All these “categories” were invented by the Immigration law, they do not exist in Criminal law, and as a result, often, it is up to the judge to decide if a particular conviction will be labeled as an aggravated felony, or crime involving moral turpitude (“CIMT”), and at times, judges and lawyers, lower and higher courts would disagree on the issue making it is it extremely difficult for an immigrant to get some clarity in their immigration situation.

Consider the case of Margaret Vucetic. Margaret is a citizen of Canada who was also a permanent resident in the United States. Unfortunately, in the US she was twice convicted under NY VTL 511(3)(a)(i). As a result, the DHS placed her in a removal proceedings, charging her with removability as an alien convicted of two crimes involving moral turpitude not arising out of a single scheme of criminal misconduct…The Immigration Judge (“IJ”) actually terminated the proceedings against Margaret, concluding that the NY statue was too broad and some conduct under the statue would fall out of the definition of a CIMT. But the government (the prosecutor) appealed, and on the appeal, the Board of Immigration Appeals, agreed with the government and reinstated the removal proceedings against Margaret.

According to the BIA’s analysis, to involve “moral turpitude”, the crime requires should have two essential elements to it: reprehensible conduct and a culpable mental state.” “Conduct is “reprehensible” if it is “inherently base, vile or depraved, and contrary to the accepted rules of morality and the duties owed between persons or to society in general,’ while a “culpable mental state” requires deliberation or consciousness, such as intent, knowledge, willfulness or recklessness. In other words, a crime is a CIMT if conduct a person shows:

The BIA further concluded that Margaret’s conviction was one of the CIMT, not crediting IJ’s analysis regarding the breadth of the New York Statute and definitions of “operates” vs. “drives”, the words that were used in various statutes to analyze if the wording of the statue is falling under the CIMT threshold.

The significance of this ruling is that now, every immigrant who has the conviction under NY VTL 511(3)(a)(i) must verify with their attorney if they can be removable, and if there is any relief available to them in case they are placed in removal. Aggravated unlicensed operation in the first degree is a class E Felony. A single conviction of a CIMT can make a noncitizen deportable, but only if (1) the offense carries a maximum possible sentence of one year or more, and (2) the person committed the offense within five years “after the date of admission.” A CIMT conviction may present an issue for application for TPS, DACA, Adjustment of status, U visa, T visa, Special Immigrant Juvenile Status, Naturalization, etc. A noncitizen is inadmissible if they are subject to the grounds of inadmissibility, and if at any time they are convicted of, or make a qualifying admission that they committed, a CIMT. There are two exceptions to the CIMT inadmissibility ground: the petty offense exception and the youthful offender exception.

Now, Margaret will have to figure out if she is eligible and if she can apply for any defenses to the removal, and the rest of New York non-citizens, have to see (if they had a conviction of this kind) if it may affect their lives.

If you need help with an a Criminal Immigration issue, call our office to reserve a confidential consultation at 917 885 2261.