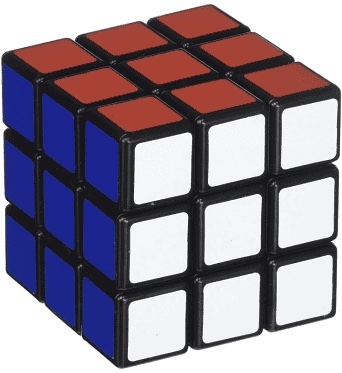 New York Immigration attorney Alena Shautsova helps her clients to navigate complex waters of the US Asylum law when preparing and submitting their asylum claims before an Asylum office or Immigration Judge.

An asylum is one of the most common Immigration benefits a person with no status can file for in the Untied States. But one can do successfully so, only if he/she qualifies for it. Traditional grounds for asylum include political views, religious believes, race, nationality... But not every asylum claim falls squarely in those categories. Hence, skillful practitioners also try to use “membership in a social group” ground for asylum. However, during the Trump administration, the “particular social group” ground of asylum became regulated by the Attorney General decisions so strictly, that it became extremely difficult to qualify for asylum based on this ground. While these decisions restricted one’s qualifications for asylum pretty severely, they did not completely eliminated it. For more on particular social group (PSG) read our blog.

All practitioners will agree that it is not easy to define a PSG that will not be easily challenged in court… but there is still hope. To establish a valid particular social group under the Act, the applicant must demonstrate that his proposed group is “(1) composed of members who share a common immutable characteristic, (2) defined with particularity, and (3) socially distinct within the society in question.” Matter of M-E-V-G-, 26 I&N Dec. 227, 237 (BIA 2014). It is recognized that victims of crime or those who fear crime are not members of valid social groups. See id. at 235; see also, e.g., Rodriguez v. U.S. Att’y Gen., 735 F.3d 1302, 1310 (11th Cir. 2013) (per curiam). These groups do not satisfy the particularity or social distinction requirements. See Ngugi v. Lynch, 826 F.3d 1132, 1138 (8th Cir. 2016). Nor does being a witness to a crime, without more, satisfy these requirements. See id. But, the following social groups have been recognized by various courts: individuals who cooperate with law enforcement may constitute a valid particular social group under the Immigration and Nationality Act if their cooperation is public in nature, particularly where testimony was given in public court proceedings, and the evidence in the record reflects that the society in question recognizes and provides protection for such cooperation. See Matter of H-L-S-A, 28 I&N Dec. 228 (BIA 2021); or Salvadorian women who are unable to leave the relationship , and in fact court recognized this group  is not circular because the PSG does not mention abuse. Note: there is a lot of conflicting decisions regarding groups involving women who are unable to leave the relationship. You need to check with your jurisdiction as to the current state of the law on point. Note that for a PSG to be stated successfully, it cannot be “circular”: a person states that he/she is a member of the group that fears harm, and when asked why the harm would be inflicted: it is because a person is a member of the group, and the group is defined as a group whose members can be harmed… so there is sort of a circle. Such a group definition will not work.

More examples of particular social groups include: one’s family, group of property owners. But “minor Christian males who oppose gang membership” was not a cognizable PSG according to another court. “Honduran women who have been targeted for and resisted gang recruitment after the murder of a gang-associated partner” was also found to be not cognizable, lacking particularity and social distinction.

When trying to formulate your PSG, one can take into consideration:

Remember, that all other eliminated of the social group must be met as well (particularity, social visibility, etc.)

If you need help with an asylum claim, please call our office to reserve a confidential consultation at 917 885 2261.