Recent Changes In US Immigration: What’s New In Immigration Law So Far 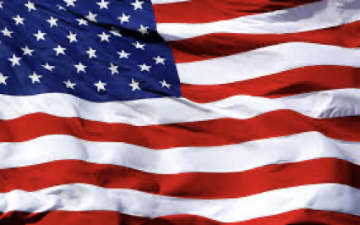 From their first days in the office, the Biden administration vowed to change the US Immigration system for the better: to make it more “user friendly” or accessible, to restore trust in its fairness and merit, and to end the discrimination and “extreme vetting” practices. Here, I would like to share with you the most important changes that happened in the US Immigration system since Biden took office. Even though the new laws, Immigration “amnesty” or reform, have not been adopted by the Congress yet, the executive branch, has surely started fulfilling its promise.

Biden Administration slowly but surely reverses the polices adopted by the Trump administration. Policies represent practice or process that US Immigration authorities are employing in dealing with applications for Immigration benefits. Policies may be changed without the Congress, and depending on a policy, the same case may have a very different outcome.

For example, recently Biden administration returned to the No-Denial-Without-RFE policy: it means, that USCIS will not deny someone’s application without first sending a request for additional evidence that may help a person to overcome a negative outcome. For example, one submitted an adjustment of status application but did not attach all necessary documents (a birth certificate or a divorce certificate, etc.; or one submitted an employment authorization without proving the name change, or, perhaps, one filed for naturalization but did not attach evidence qualifying him/her for it…). The no-RFE-no-denial policy is a much better practice because it gives a person a chance to win his/her case without the need of refiling their case or filing a motion to reopen and wasting money and time.

Another policy returned by the Biden administration is the policy concerning deference to USCIS’ prior decisions. It means that if USCIS already made a decision on the issue, it will not doubt it and will not require that the applicant proves eligibility or criteria all over again.

USCIS also returned the previous version of the US naturalization test. The Trump’s versions contained more questions, a person would have to provide more correct answers to pass the test as well

Parole for entrepreneurs was first announced by the Obama administration, but was immediately threatened to be canceled by then incoming Trump administration. So, for the entire duration of the Trump administration, it did not really become anything viable, but was pretty much just an announcement. Biden administration stated that it would not cancel parole for entrepreneurs, and as such, now, it is worth trying to apply for it. If granted, it would allow one and his/her dependents to remain legally in the US, with a work permit. It does not, however, provide a direct path to a green card. To qualify for it, one has to demonstration that his/her startup (an enterprise no older than five years old) has potential for a rapid growth, has attracted investments of $250K form a US investors, or grants from the government in the amount of $100K. There are strict requirements for the investors. For example, “for purpose of entrepreneur parole means an individual who is a U.S. citizen or lawful permanent resident of the United States, or an organization that is located in the United States and operates through a legal entity organized under the laws of the United States or any state, that is majority owned and controlled, directly and indirectly, by U.S. citizens or lawful permanent residents of the United States, provided such individual or organization regularly makes substantial investments in start-up entities that subsequently exhibit substantial growth in terms of revenue generation or job creation.” There are also requirements as to the timing of the investments. But overall, it can be a good chance for someone, who does not qualify for an EB-5 or an E-2 status.

Perhaps the most significant change to date, is the change related to asylum based on a membership in a social group cases. Biden’s Attorney General vacated decisions issued by his predecessor, opening the door for the victims of violence to have a chance at asylum in the US. Due to he previous administration’s decisions it was almost impossible for certain applicants who claimed they were persecuted due to their domestic status, persecuted by gangs, or other private actors to receive asylum: the Trump’s administration standards were raised so high, that only the most powerful and “socially distinct” individuals would have been able to meet them.

A victim of serious criminal activity in the US may qualify for a U status: a status that leads to a green card and citizenship. An applicant has to show that a qualified crime happened in the US, that he/she was cooperative with the law enforcement, and suffered serious damage as a result. A law enforcement official or a judge must sign a U visa certification for the applicant to be able to submit a U visa petition. However, U visa petitions are currently pending for 4-5 years, and prior to the recent change in USCIS policy, the applicants would not receive work permits or any protection from removal while their cases were stuck in the backlog. Now, USCIS will issue applicants work permits, if USCIS determines that the filed case is bona fide. The dependents of the principal applicant will be able to receive work permits as well. Such work permits will be valid for four years!

Another significant change that came with Biden administration is the return of the prosecutorial discretion in removal proceedings or ability of the government attorneys to dismiss cases, issue or cancel notice to appear, agree for an adjournment or continuance, agree to join a motion to terminate the proceedings, waive the appeal, agree to administrative closure where it is available, etc. Significantly, the guidelines to the prosecutors states that they may exercise this authority depending on the circumstances as long as the person does not present public safety or national security concern. An applicant’s health, family status and ties, work history, age, immigration history may be taken into consideration to determine if their case may be closed. This will help thousands of families to stay untied, and perhaps will give second chances to individuals who would otherwise be deported.

If you need help with Immigration challenges in the US, book a confidential consultation by calling 917 885 2261. (Consultation fees apply).