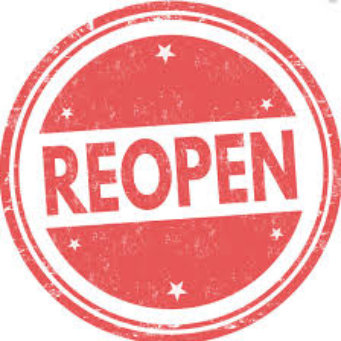 All motions to reopen/reconsider can be divided into two categories: a regular motion, that is filed by the affected party who has a right to file such a motion, and service motions.

Service motions are the ones where USCIS in the exercise of its own discretion reopens the case to address an error or mistake. Service motions should be free of charge.

What to do if USCIS denied an application for failure to attend fingerprints appointment?

This expedited procedure does not substitute motion to reopen process and the need to file I 290B notice with the filing fee, but if the issue is resolved before the 30 day- motion period, then there will be no need for the I 290B filing at all.

Note that the same form I 290B is used for motions to reopen, reconsider, both or certain appeals. For the appeals that must be filed with the Board of Immigration Appeals, a different form is used.

DHS may reopen or reconsider a decision on its own motion to render a favorable or unfavorable decision. If the decision will result in a denial, the DHS shall give the affected party a 30-day notice after service of the motion to submit a brief. The affected party, however, may waive the 30 days period. 8 CFR 103.5(a)(5)(ii).

If you need help with a denied petition or application, reserve a confidential consultation by calling our New York Immigration lawyer at 917-885-2261.