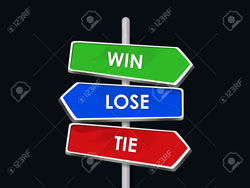 On June 23, 2016 the US Supreme Court issued a short statement regarding the hottest Immigration battle “The judgment is affirmed by an equally divided Court.” It meant that millions waiting for DAPA and DACA+ will have to continue to wait.

But let’s talk about what those initiatives, if allowed to go forward, would have given to their beneficiaries. The DAPA and DACA+ would not have given one a permanent residence, and would not have given one a U.S. citizenship. They would not even give one a “legal Immigration status” necessary to change it to any other status. All they would have provided would be an employment authorization and, maybe, an advance parole. It is not a secret that many, in fact, millions of immigrants are already employed in the United States and even pay taxes by using either a tax ID number, or social security numbers they obtained decades ago.

So, the real benefit that could have been helpful to those eligible, would have been an advance parole document that would have allowed them to leave the country and come back, but this time legally. This legal admission would allow them to apply for a green card through a U.S. son or daughter or a spouse without having to leave the US or filing for a waiver.

How one can now, without the DACA+ and DAPA obtain an advance parole? Unfortunately, there are not so many options. First, the “status” that provides for an advance parole eligibility would be TPS or temporary protected status, but this would work only if an individual does not have an outstanding deportation order.

Second, parole in place can cure illegal entry, but usually (but not always) to qualify for it a person has to have a U.S. military family member.

What many do not know is that there are “visas” that one can apply for while in the US and get the status even if their entry was “illegal.” It would be U, T and S visas. Also, there might be possibility of a VAWA relief in certain situations.

Finally, there is always an option of the I601A waiver or even I601 waiver in certain cases. While waivers are hard to get, as it turns, to receive DAPA status is simply impossible...